Chicago was the very first long haul destination I ever discovered as a teenager. My aunt Caroline (my mother’s sister) moved to the States in 1967 and is a US citizen. So, one summer in the early 1980s I boarded a PAN AM 747, (my first time on an intercontinental jet), and went to visit. Since then, I have been to the city some 15 or 16 times and worked there for two extended seasons, thanks to the old J12 visas once available to UK students. 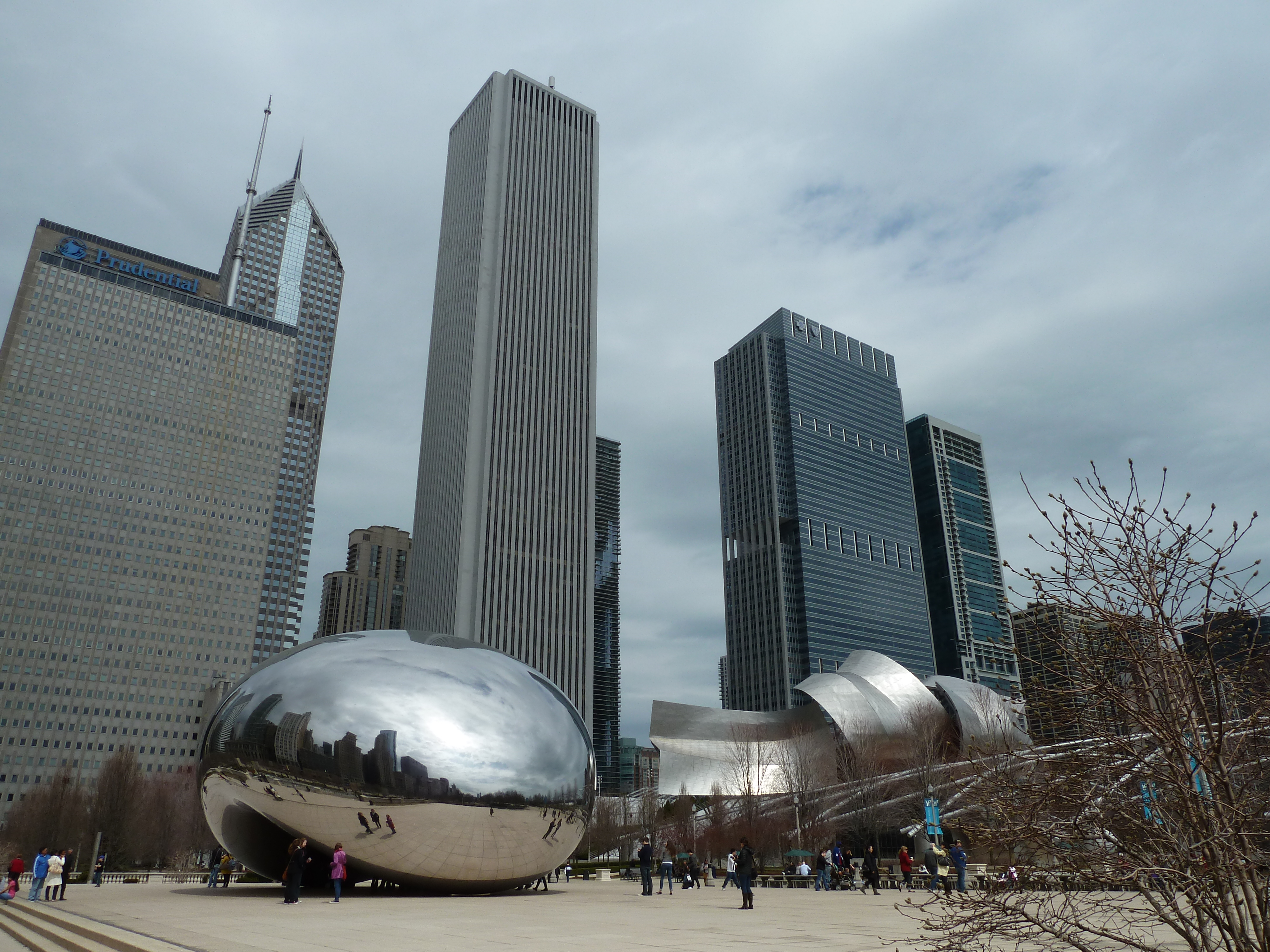 Coming back with Rafa this Spring has been fantastic. Not only to share time with Caroline, but to see how the city has continued to grow and evolve. It’s a truly liveable place, with its parks and the huge lake that gives the city its beaches and a superb feeling of space.

Manhattan maybe synonymous with skyscrapers, but it is Chicago that is the greatest showcase in North American of these vertical, designer communities.

There is something about the space and layout of Chicago and the planning that has gone into its urban renewal since the late 1960s that has given it one of the finest skylines in the world.

Although Dubai now boasts the world’s tallest building and of course other cities have at one time or another held the accolade, including Kuala Lumpur and Taipei, it was Chicago that has had the tallest building for decades. In 1973 the robust and masculine Sears Tower (now known as the Willis Tower after the London based insurance brokers acquired the tower’s naming rights) was completed, surpassing the height of the then twin towers of New York’s World Trade Centre.

But it is not just this single building that defines the city’s skyline, it is the remarkable combination of towers that span the lake side down town area (The Loop) and beyond that combine to deliver a stunning city scape that has an aesthetic not found in any other urban environment.

Once dominated by dirty industry and financial businesses, the city centre is now a progressive mix of commercial and residential properties – in fact many towers are mixed, with retail at the bottom, offices in the middle, private residences above and often restaurants and bars at the top.

Chicago was amongst the first cities to address the exodus of residents to the suburbs that blighted developed urban areas across the world in the 60s and 70s. In the 1960s, the iconic Marina City residential and retail twin towers 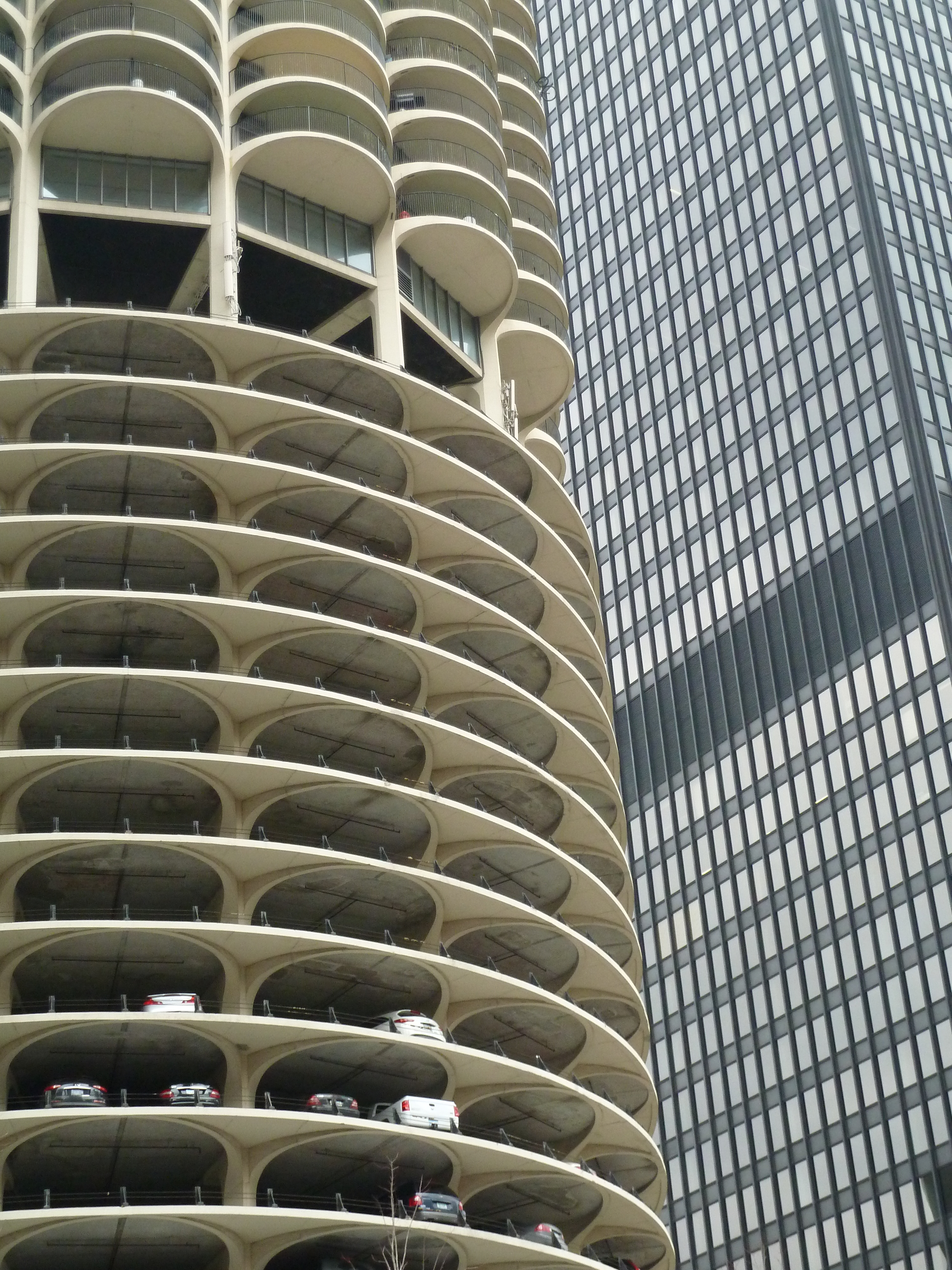 were built in the heart of down town, by the river, started a trend in investment in residential towers that has brought the life back into this wonderful city.

We took an Architectural and Historical Cruise along the Chicago River, (dyed green each St Patrick’s Day!) which is a superb way to see the city’s architecture. As you glide on the water, you get fantastic views unavailable at street level.

The last time I was here I enjoyed for the first time the Millennium Park and ‘The Cloud Gate’, known locally as The Bean: an enormous, quirky and impressive public sculptor by British artist Anish Kapoor. Its highly polished surface is like a huge drop of liquid metal, reflecting and distorting the city’s skyline.

This time, I got to see other new architectural additions including the Trump International Hotel and Tower; and the modern extension of the iconic Soldier Field American football stadium.

Yet Chicago is more than just architecture; remember its the home of blues, jazz and great comedy. What’s more, it’s becoming ever more foodie, with not only great restaurants, but also the kind of gourmet food stores that you only find in wealthy, developed cities. It was a pleasure to have tea and survey the gastronomic delights at a local Fox & Obel food store – from organic home baked organic bread, to all-American gourmet candies; great chucks of chocolate; to luxury imports from around the world.

I feel privileged to have experienced, over the years, the best this city has to offer, thanks to my aunt living here. I’ve enjoyed the posh open air picnics and concerts of Ravinia; the beauty of the city’s Botanical Gardens; the craziness and colourfulness of the armada of boats on Venetican Night; the international flavours of Taste of Chicago; and the warm welcome of its neighbourhoods. I’ve also been to places some Chicago residents have never been to. When I used to work in Chicago, a colleague Victor lived in the infamous, inner city South side district, renowned for its social and economic challenges. So he took me there once – it was another world, yet I was welcomed as a friend and sitting in a bar, Victor’s mates would come up and chat, ask about England and Europe and then share stories of life in the other Chicago that isn’t featured in the architectural tours.

Ignore the cliché’s about America’s Mid West – Chicago is a world-class destination, with a big heart and a genuine nature not found in most other US cities.

This is a city that is Designed for Living.

LVMH, the luxury goods maker, is set to pay $25 a share for Belmond, the luxury hotel group