We woke early to catch the sun rise over the stunning Taj Mahal. 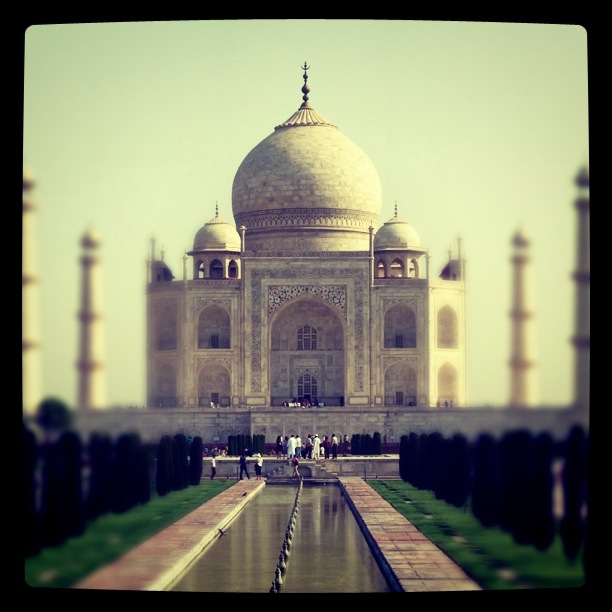 It was a romantic thought; to share a special moment together on the river bank as the warmth of the rising sun hit the majestic domes of this iconic white marble mausoleum. 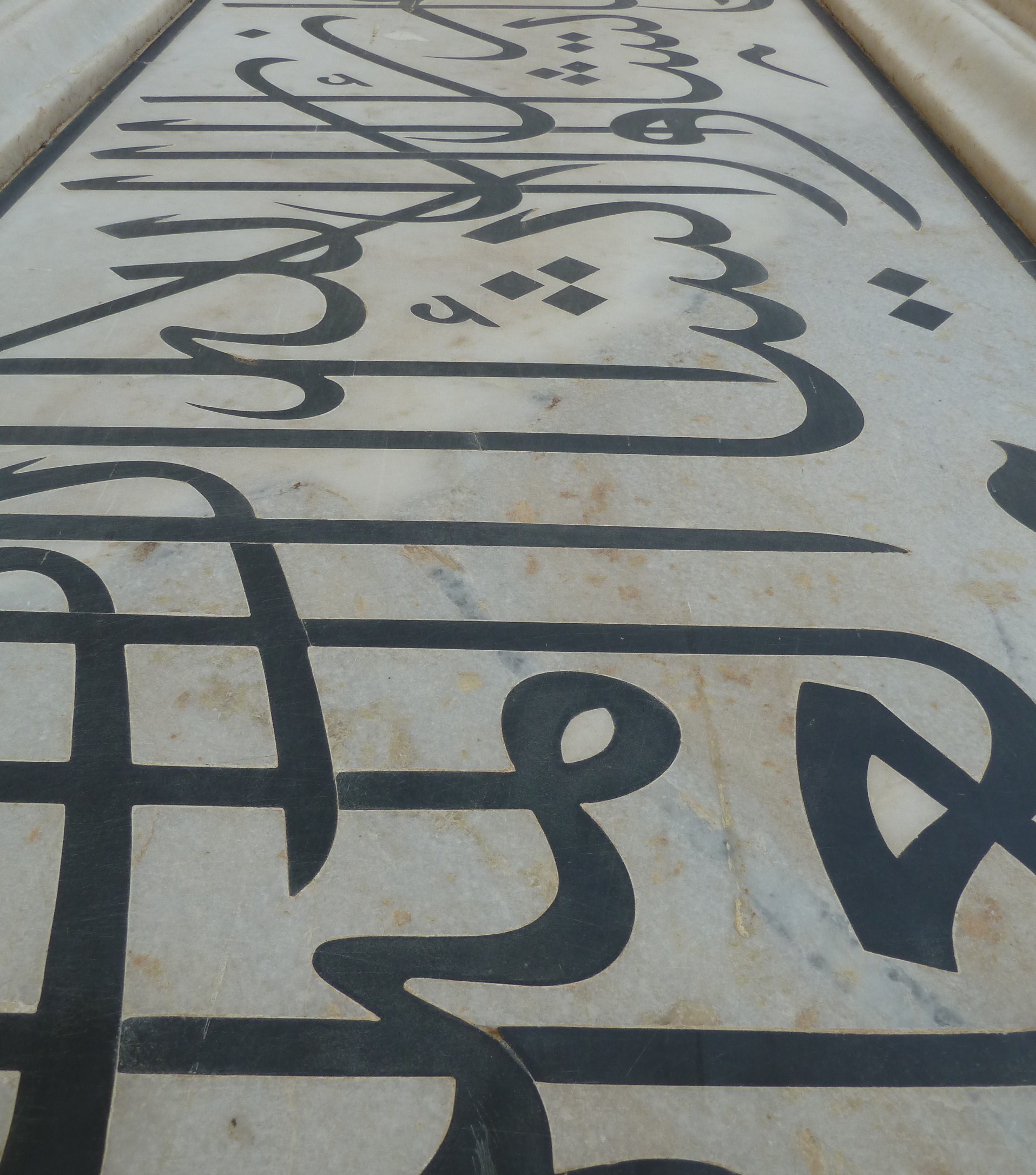 Yet like almost every experience here in India, it was eclipsed by sadness felt for the people here living a life of squalor and hardship. Going to look at a sunrise seems indulgent when you drive past hundreds of people, sleeping on decrepit make shift beds, lining the street outside their barely habitable properties. 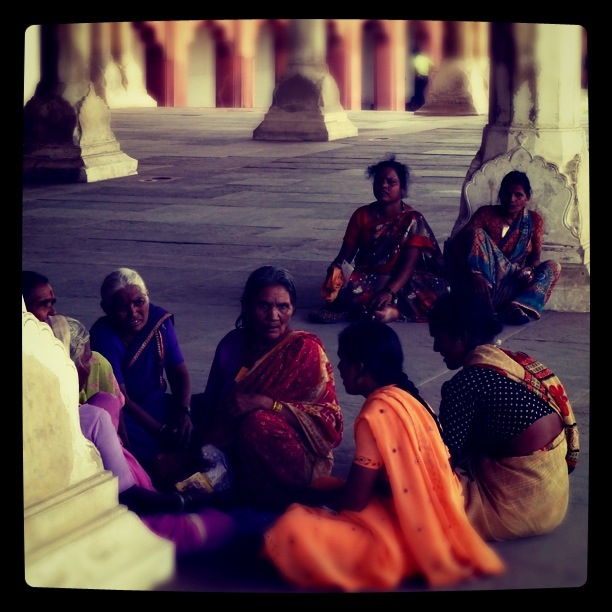 Visiting a World Heritage Site here in India is no walk in the park – it can be a traumatic experience. Children begging outside, people with deformaties and the agrressive hawkers. Armed guards standby, but no one does anything.

When I arrived in Delhi I was so impressed by the capital, it reinforced all my ideas about a modern India experiencing growth thanks to an entrepreneurial and hard working work force. 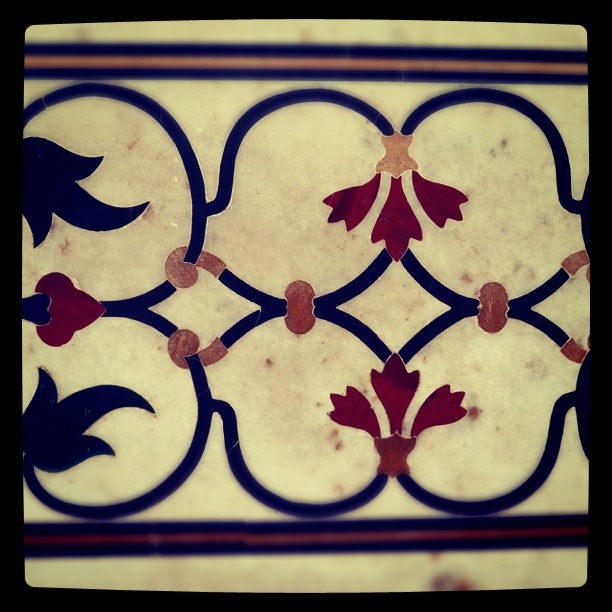 A week later and I see that I was naively optimistic. Delhi is still shiny after is Commonwealth Games ‘spruce up’ and is hardly respresentatative of this huge nation. If leave the wealthy capital behind, you quickly discover the human misery of life in India is no longer tucked away in hard to see slums under motorway flyovers – its everywhere.
Our early morning trip to see the Taj Mahal took us through the crowded and depressing neighbourhoods of Agra. Almost 65 years after Independence the hugely wealthy country of India, with nuclear weapons and world class information technology parks, can’t even provide the most basic utilities for its inhabitants.
From the comfort of our air conditioned car we glimpsed children and parents crowd around standpipes to get water to wash; children washed their teeth with their fingers; whilst in the squalid streets monkeys, water buffalo and stray dogs repeatedly brought the traffic to a halt. I began to feel a mixture of guilt and powerlessness.
Every moment here is filled with compassion for these people. Amazingly, despite everything the kids laugh and smile, running up to you to chat, or look at your camera. 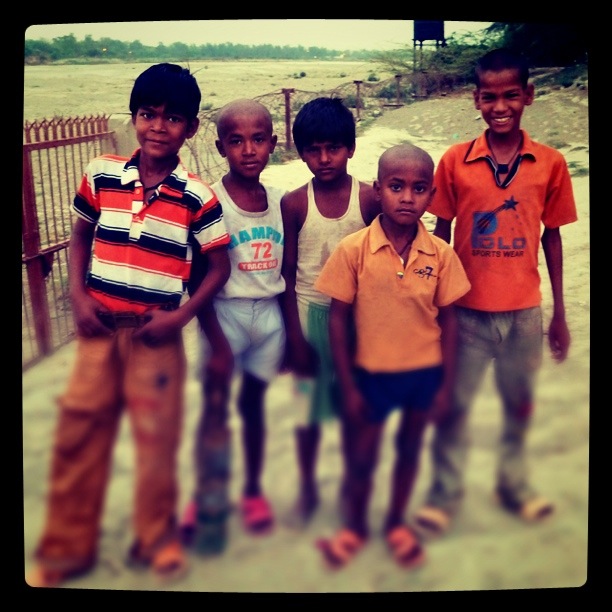 When we arrived, before 6am, we saw kids playing cricket on the dusty, litter strewn river bank in front of the Taj Mahal; whilst others looked through rubbish bins for something of value. Their clothes discoloured by dirt, their feet and hands dark with grime. We stood, waiting for the sun to come up and spoke with a youngster who wanted to sell us some bangles. He was witty, smart, and good looking. In many other countries the world would be his oyster, yet here he’s trapped with no access to higher education and instead forced to sell cheap tourist tack: its sad, depressing – frustrating.
The political elite in India are shameful. Manipulating the vulnerable, playing the caste game, and making false promises they secure power only to keep the wealth at the top. 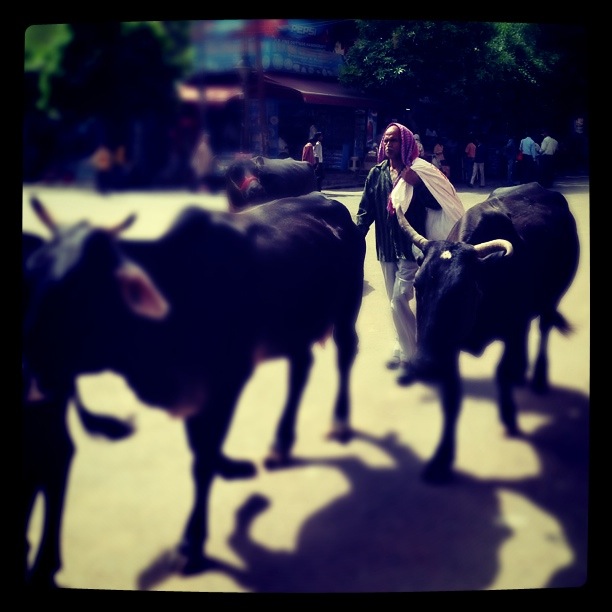 Over the past week I’ve seen just a few corporations that dominate almost all commerce in India. Rich family run firms control India’s wealth. Entrepreneurs and innovators are crushed by powerful companies that operate across practically all sectors. Take TATA – it’s the firm that has acquired Range Rover and Jaguar in the UK. As well as cars, the firm makes buses, trucks, even bottles the Himalayan water available in the hotels; and provides 3G mobile networks etc. etc. These are the types of businesses that control everything in India.
There is a burgeoning middle class but when one sees the awesome size of India, one realises that here is still unacceptable inequality.
To keep pace with population growth, India needs to create a staggering 1 million new jobs a month! How can India achieve this when the market is so closed to investment and innovation and religion and the caste system stifles people? 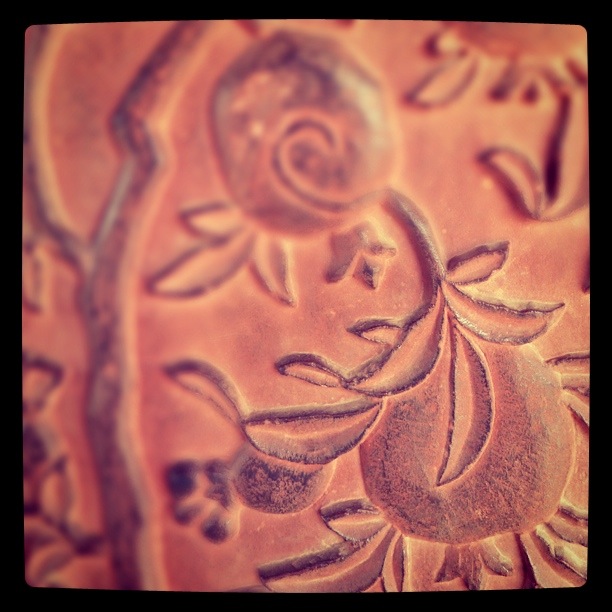 Everyone at home told me India was full of colour, heat and energy. Well that may be true but it’s no Bollywood movie I assure you. India is not all about yoga, head massages and gurus, Although there are aspects that do nurture the soul (such as the natural warmth of the youngsters and the humble nature of most people) much just exhausts you.
From the political hub of Delhi to the promised majesty of Rajastan, and on to the highly marketed romantic Taj Mahal, the common thread of this trip for me was not the colour of India – it was the sickening inequality and filth of life here.
All you want to do is help. Initially, the easiest approach is to dole out the cash to kids. You have to be careful. Our guide told us never give to a beggar, or disfigured child or adult as these are pawns of the evil mafia, with whom the tourist police are complicit. It’s better to help someone like a child or young adult working as a trash picker). As little as 100 rupiah (about 1.5 euro) can make a difference here – the educated elite here consider 20 rupiah a day to be the acceptable standard of living for the poor – that’s a few euro cents a day.
How do the elite reconcile that with their religious teachings? Well its easy as we are told that the poor are being punished for sins committed in a past life. Plus many, like our Agra guide blamed the British occupation for crippling the nation. As a Brit I’ve had a lot of that all week.
Goodness if there aren’t enough problems here with the corrupt politics, and the crippling caste system that traps the population, and the blame game against the Imperialist Brits, there’s a religion that feels comfortable with suffering everywhere as it’s simply “bad karma coming home roost.”

I’ve only published shots that I felt captured the best of Agra – I have sanitised the reality (also the Taj Mahal was amazing, the detail of craftsmanship was mind blowing) but I don’t think this blog is probably the best place to show the grim reality of urban life in India.

When I come back to India, it will be to Goa!!

On a more positive note my journey through this little triangle of India has also been defined by great food.
Not a single problem with Delhi Belly or dodgy water; and the cuisine is simple, fresh and great tasting.
I was advised to go veggie and that’s a good tip. The dishes of lentils,rice and vegetables are superb and the breads like clay oven baked tandoori roti are the perfect snack.
We avoided western style food except for a few treats in the hotel and we kept healthy. If you eat the piping hot food of the locals, you can’t go wrong. And I’ve not missed wine surprisingly. In this heat an ice cold Kingfisher beer hits the mark!
Also, I love having an Indian Head Massage! Like reflexology, the technique here seems to reach nerves and muscles in your entire body.

By the way, I had a little gift from the universe. I have always wanted a pair of Tibetan chimes, ever since Luis my friend in Marbella used then at the end of the massages he used to give me.
Well here in Agra a therapist from Northern India, close to Tibet, gave me a pair last night after a massage – thank you! 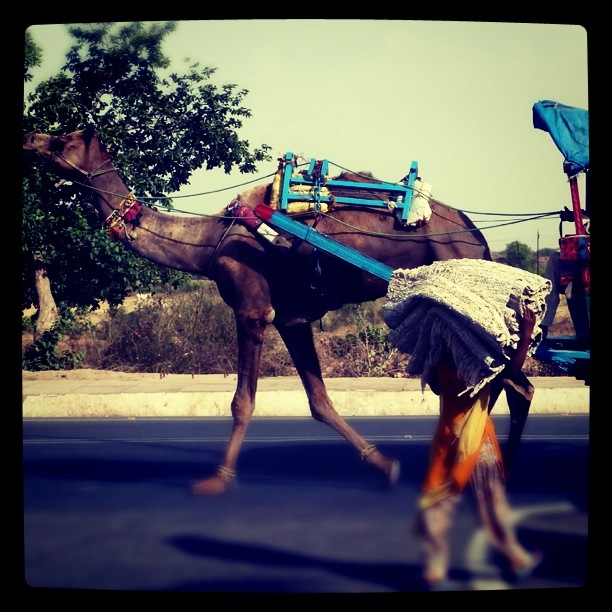 Delhi – the Old and the New